Jean Dubuffet’s Tour Aux Jambes can be translated as “Encirclement of Limbs” or “Tower of Legs”—which describes Dubuffet’s theme of building a monolithic structure from entwined elements.

ABOUT THE SCULPTURE
Jean Dubuffet’s treatment of “limbs” is common to his anthropomorphic approach to sculpture where the human contour is unmistakable. Selected by Henry T. Segerstrom from a series of maquettes made in 1973, Tour Aux Jambes was acquired for Town Center Park in 1980. Tour Aux Jambes, as defined by the artist, should “in the highest degree, lift one out of context, provoking a surprise and a shock.”

Dubuffet’s earlier practice was mostly in graphics and painting. However, his style of stark contours spreading into webs of color patches speedily developed into a proliferating discourse in three dimensions. Dubuffet’s art balances the quotidian and the fantastic. His work can be whimsical without abandoning the conventions of naturalism.

ABOUT THE ARTIST
Jean Philippe Arthur Dubuffet (1901–85), the son of a prosperous family in Le Havre, France, left home for Paris at age 17 to pursue studies in the arts. Viewing his occupation as that of a “bourgeois-artist,” he abandoned painting in 1924 and moved to Argentina to work in a factory. Dubuffet finally returned to Le Havre, having discovered that he was not suited to commerce and labor.

At age 41, he began to exhibit in Paris and attracted the attention of intellectuals and poets as he explored examples of “Art Brut,” a type of art more or less synonymous at the time with the art of asylum inmates. In the mid-1940s, Dubuffet established himself as a force in postwar art. Working from his base in Paris, he spent extended periods of time in Vence, in the south of France. His work, grounded in figuration, became more abstract as he experimented with textures. The longest phase of Dubuffet’s career began in 1962 when he invented the Hourloupe style, an idiom suited to graphics. 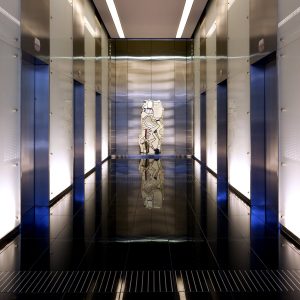 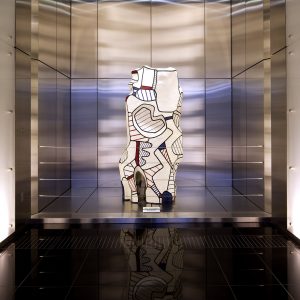 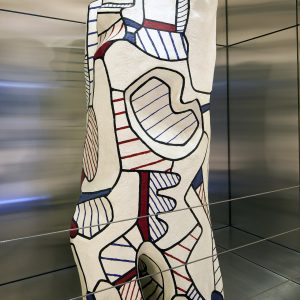 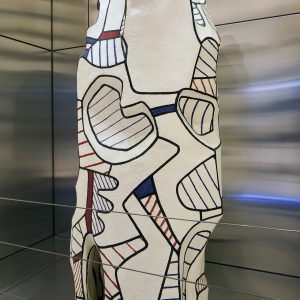 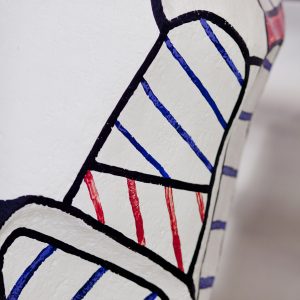 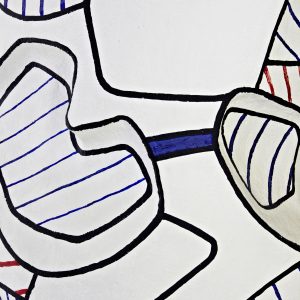