SUN GLITTER & JONAH AND THE WHALE

The sculptor who created both works, Carl Milles (1875-1955), is one of the most celebrated and beloved artists of Sweden. His work is found in city squares and parks throughout the country, as well as in the U.S. Jonah and the Whale features a Buddha-like Jonah as he’s spewed high into the air after three days in the belly of the whale that swallowed him. The look on his face gives the fountain its extraordinary charm. Sun Glitter features a mermaid riding a dolphin through a spray of water while smaller fish swim about her. The mermaid and dolphin on their joyous journey seem to bound and play through the spray.

Acquired by Henry T. Segerstrom in 1985, Sun Glitter and Jonah and the Whale are illustrative examples of Milles’s knowledge of ancient, medieval, and Renaissance art, as well as the contemporary developments of his time. From these disparate influences Milles established an eclectic but vigorous style. He is best known for his numerous large-scale fountains, distinguished by rhythmic vitality and inventive figures, fusing classical and Nordic characteristics, such as tritons with goblins.

Carl Milles (1875–1955) was born Carl Wilhelm Andersson outside Uppsala in Sweden in 1875. In 1897 he traveled to Paris on his way to Chile, where he was to manage a school of gymnastics. However, he decided to remain in Paris, where he studied art, worked in the studio of Auguste Rodin, and slowly gained recognition as a sculptor.

In 1904 Milles married another artist, Olga Milles, née Granner (1874-1967), a portrait artist, and two years later they settled in Sweden, buying property at Herserud Cliff on Lidingö, a large island near Stockholm. Millesgården was built there between 1906 and 1908 as the sculptor’s private residence and workspace.

In 1931, Milles and Olga traveled to America and to the Cranbrook Academy of Art in Bloomfield Hills, Michigan, where they served as artists-in-residence. They remained in America for 20 years, finally returning to Sweden and to Millesgården, where they remained until Milles’s death in 1955. Millesgården was developed into a foundation and donated to the Swedish people in 1936 and is now a museum. 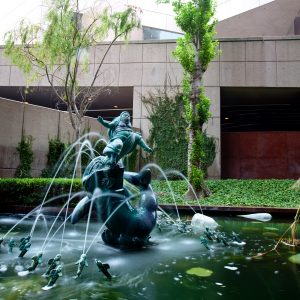 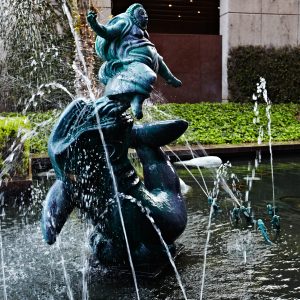 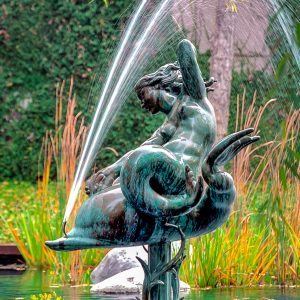 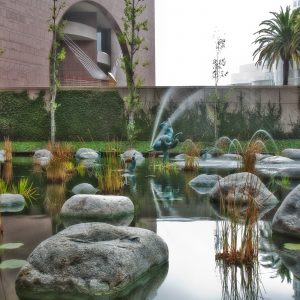