Considered an iconic example of the British sculptor’s mature work, Reclining Figure by Henry Moore was a gift from The Angels of the Arts, a major supporter of the Segerstrom Center for the Arts. It has a prominent place of honor between Center Tower and the upper entrance to Segerstrom Hall, at the top of Peter Walker’s entrance garden to each building.

Reclining Figure, like the majority of Moore’s public works in cities around the world, is based on the human figure—usually standing, sitting, or most often, reclining on a plinth. No other sculptor’s imagination was more manifestly connected to his past than Moore’s. His work consistently refers to women like his mother, a stalwart matriarch from a mining town who always nurtured and sheltered her family.

Moore’s sculptural process was one of modeling and smoothing the “body” of a single mass rather than constructing forms. His impulse was to preserve the traditional values of carving and casting that went back to his Yorkshire childhood and further to its ancient roots. Vital and mysterious, like the chthonic spirit embodied in the dolmens of Stonehenge, Moore’s reclining female forms are, the artist believed, universal shapes to which everyone is subconsciously conditioned to respond.

ABOUT THE ARTIST
Henry Spencer Moore (1898–1986) was born in Castleford, England, the son of a mining engineer and an indomitable mother.

Acknowledged as the most important British sculptor of the 20th century, Moore was also an accomplished draftsman and printmaker. No other artist the past century has completed as many public commissions as Moore. He was given numerous official honors in Great Britain after World War II, including a Companion of Honor in 1955, and was made a member of the Order of Merit in 1963. These marks of distinction showed the extent to which modernist art had been absorbed and accepted by the traditionally conservative British cultural establishment.

Henry Moore’s former house and studios at Perry Green are open to the public. Moore also set up a foundation in his beloved area in Yorkshire. Both are centers for research on his life and his art. 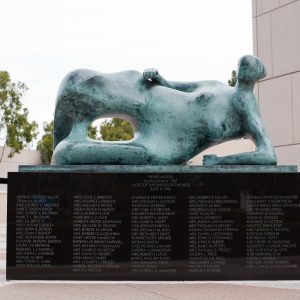 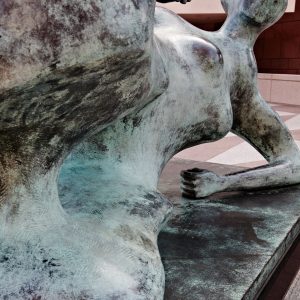 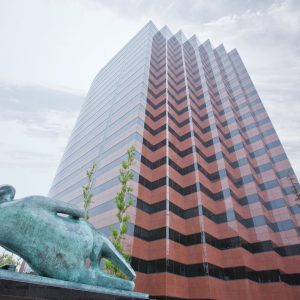 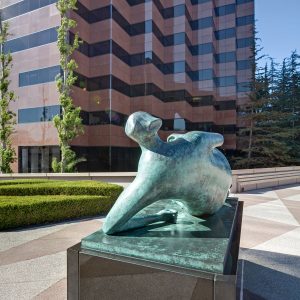 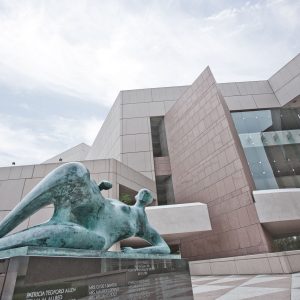 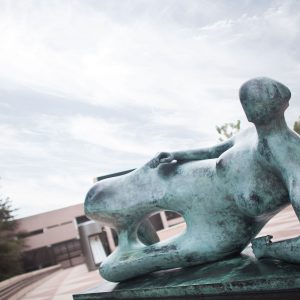