Commissioned by Henry Segerstrom in 1973, Four Lines Oblique Gyratory – Square IV by George Rickey is a kinetic sculpture that moves constantly and seemingly spontaneously, sitting outside Center Tower. Rickey’s sculpture is a study in opposition: his forms are simple and orderly, yet their movement is complex and spontaneous; they are strong enough to withstand forceful winds yet light enough to be moved by the slightest breeze.

Commissioned by Henry T. Segerstrom in 1973, Four Lines Oblique Gyratory – Square IV uses air currents to move this perfectly balanced, 24-foot-high kinetic sculpture. Elegantly understated and easy to miss because of its thin blades and reflective quality, the sculpture enchants in each moment of observation, as it constantly changes its structural composition with the slightest force of nature.

Rickey’s early sculpture varied from whimsical pieces of painted and stainless steel to purely formal geometric shapes. His most progressive work surfaced between 1957 and 1962 when he reduced his forms to simple geometric shapes of stainless steel, eliminated color, and enlarged the scale. At the exhibition Documenta III (1964), Rickey established an international reputation in the field of kinetic sculpture that was distinguished by non-motorized movement, taking the wind as his partner.

George Rickey (1907–2002) was born in South Bend, Indiana, but grew up in Glasgow, Scotland. In 1927 he attended the Ruskin School of Drawing in Oxford, England, where he also studied history. After graduating, he moved to Paris and studied at the Académie Lhote and Académie Moderne. Rickey returned to the United States in 1930 and immediately began teaching. However, by 1933 he went back to Europe with the desire to reconnect with old friends and painters, only to return again in 1934.

As a gunnery instructor in World War II, Rickey had access to a machine shop where he created his first sculptures, which consisted of small mobiles. Subsequently being exposed to Constructivist theories through lectures by Naum Gabo at the Institute of Design in Chicago, and an exhibition of works by Antoine Pevsner at The Museum of Modern Art, New York, in 1948, he abandoned painting to focus on kinetic sculpture. 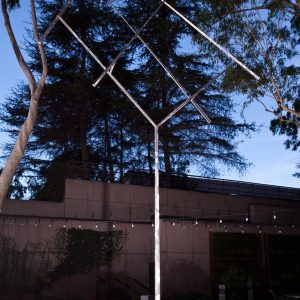 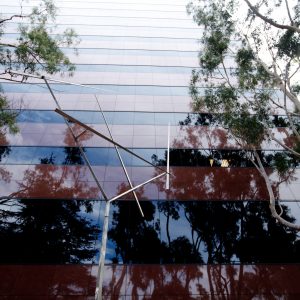 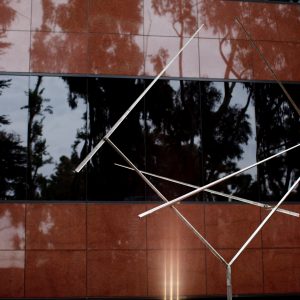 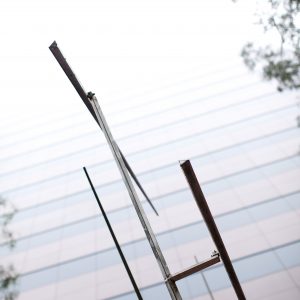 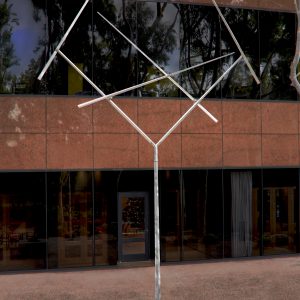