The weatherproofed steel Connector sculpture was installed in 2006. At 65 feet high, the 360-ton steel artwork is set on a pentagonal ground plan. Constructed of five torqued weatherproof steel plates that were fabricated in Siegen, Germany, the sculpture was assembled on site, rising from a twenty-foot position at its base to a four-foot opening at its top. The sculpture is sited on the main axis of the plaza, and visitors are encouraged to walk around it and through it. Inside, the aperture at the top opens to the sky.

Serra began a series of vertical, leaning plates in 1971 with a sculpture for the Stedelijk Museum in Amsterdam. Connector is an extension of this series. Aptly titled Connector, this challenging and innovative sculpture serves the symbolic function of unifying centerpiece for grounds of Segerstrom Center for the Arts.

ABOUT THE ARTIST
One of the most important American sculptors, Richard Serra was born in 1939 in San Francisco and studied English at the University of California at Berkeley. Supporting himself by working in steel mills, as well as the memories his father relayed of laboring as a pipefitter in the San Francisco shipyards, were important influences to his work.

After graduate studies in painting at Yale University, he was given an award to study in Italy, where he began making three-dimensional works in metal. In the early 1960s, Serra turned to unconventional, industrial materials accentuating their inherent physical properties. Over the years, Serra has expanded his spatial and temporal approach to sculpture, focusing primarily on large-scale works, which emphasize materiality and an engagement between the viewers, the site, and the sculpture. As an artist whose work grew directly from out of the “process” art that arose in the 1960s, he still considers every step associated with making his sculptures—from the models to the molten steel, to the long, complicated heavy-lifting finale—to be a part of his art.

Serra’s public works have enraged and confounded viewers as they engaged with particular architectural, urban, or landscape settings. His work can be seen in most cities and museums around the work. 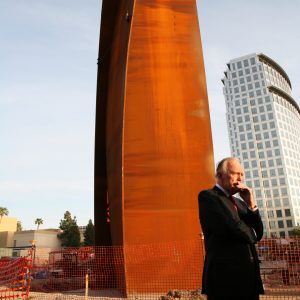 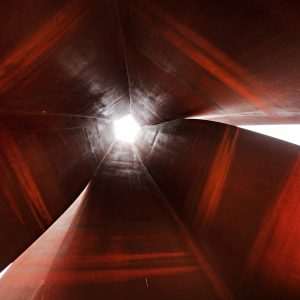 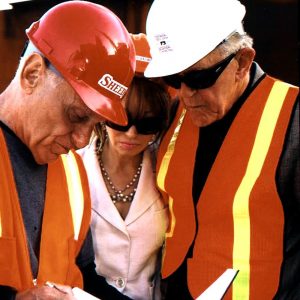 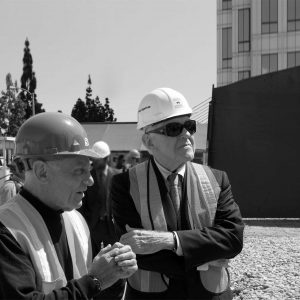 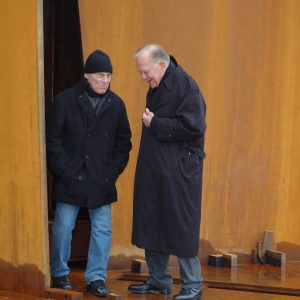 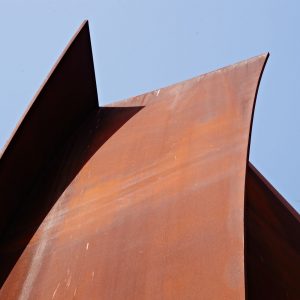