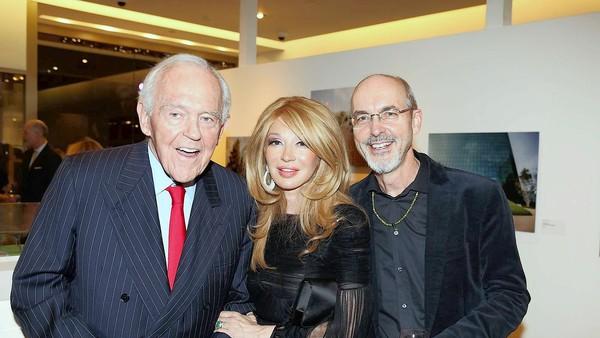 “On Display in Orange County: Modern and Contemporary Sculpture,” an exhibition of 20th and 21st century works commissioned over a half-century by Henry T. Segerstrom and then placed on public sites to enhance the cultural equation of Orange County at large, opened last week with considerable fanfare in Costa Mesa.

Dignitaries from the world of visual art descended upon this community to pay homage to Segerstrom for what is considered a most unique collaboration between art and community, orchestrated by one patron for one region of the American landscape.

Among the celebrated was Bonnie Rychiak, independent curator and museum consultant based in New York, who was hired to create what is referred to as a “pop-up” gallery on The Penthouse level of South Coast Plaza that showcases the legacy of sculpture associated with the Segerstrom vision.

“‘On Display in Orange County’ represents a collection of artworks that have actually been on view here and available for public enjoyment for many years,” said Rychiak, addressing the crowd attending the opening evening at the “pop-up” gallery and dinner held at the adjacent Marché Moderne bistro.

She continued, “The aim of this exhibition is to reintroduce the community to what has been available to them all along — a marvelous collection of public sculpture.”

Two of the most noted artists featured are Richard Serra and Isamu Noguchi.

The Serra sculpture fronting the Segerstrom Center for the Arts and the nearby Noguchi Gardens are both site-specific permanent installations that are, as Rychiak shared with the audience, “unique to the geography and scale of Orange County — and could not be located anywhere else.”

Most significantly, the curator offered: “Few communities have such important and significant artworks within walking distance of each other totally accessible to the public at large.”

A large crowd converged for the cocktail reception and opening of the exhibition, which will run through the holidays and is free to the public. Designers created a New York-style gallery setting. It featured a white on white palette of stylish leather Eames chairs surrounding glass tables overflowing with exquisite displays of white Calla lilies.