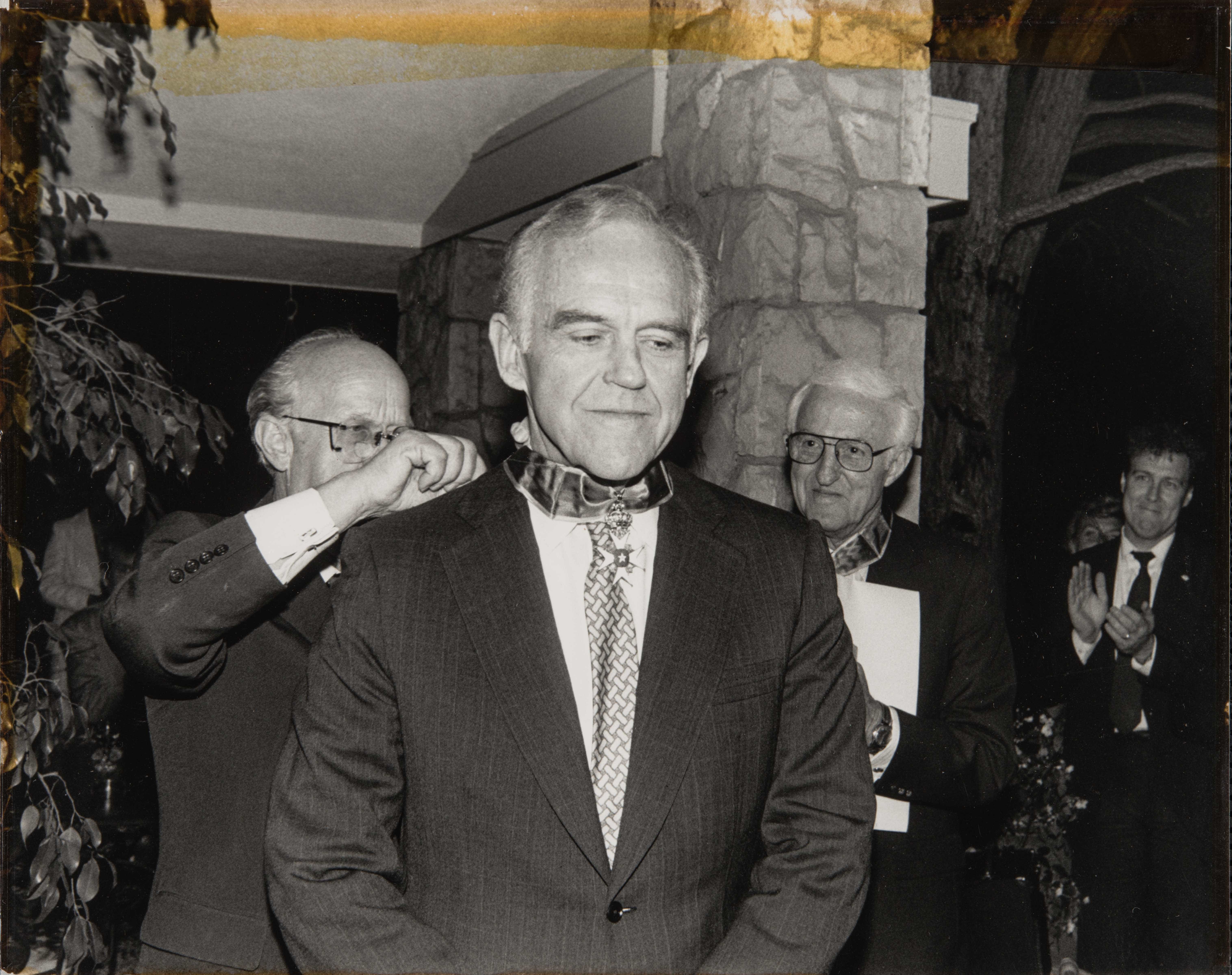 In 1988, in recognition of Sweden’s 350th Anniversary in America, Henry was awarded the Honorary title of Commander and bestowed with the Order of the Polar Star by the King of Sweden, His Majesty Carl XVI Gustaf. The Order of the Polar Star is a Swedish order of chivalry first awarded by King Frederick I in 1748. The award is intended to recognize foreigners who exemplify “civic merits, for devotion to duty, for science, literary, learned and useful works and for new and beneficial institutions.” As the grandson of Swedish immigrants to Orange County, Henry proudly accepted the award on behalf of his and his family’s achievements in agriculture, business, and the arts.