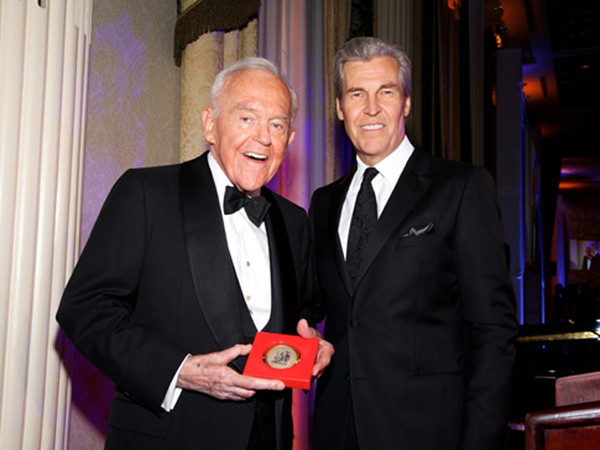 Continuing his advocacy and expansive vision for the arts in Orange County, in the Fall of 2009 Henry initiated an unprecedented alliance between Carnegie Hall and the Segerstrom Center for the Arts. Henry’s artistic collaboration brought programming from Carnegie Hall’s “Ancient Paths, Modern Voices” festival celebrating Chinese culture to Southern California, resulting in a West Coast festival presented by the Philharmonic Society of Orange County and prominent partner institutions. This marked the first time Carnegie Hall’s 120-year history that the Hall had partnered with a performing arts center outside of New York City. This institutional alliance was recognized on June 7, 2010, when Carnegie Hall presented Henry T. Segerstrom with the Fourth Annual Medal of Excellence Award. The Carnegie Hall Medal of Excellence Award honors executives whose accomplishments in the corporate sector complement Carnegie Hall’s stature as one of the premier performance venues in the world. One of only four such honors at that time bestowed by Carnegie Hall, the 2010 Medal of Excellence Award honored Henry as a pioneer of the arts in Southern California as well as recognized the transformational effects of his life’s work on the American cultural landscape. Previous recipients of this meaningful award have included Oscar de la Rents, Bill Cunningham, Terry Lundgren and Kenneth Lewis.