Commissioned by Segerstrom in 1991 for Town Center Park, Night Shift by Jim Huntington is a granite and stainless steel sculpture metaphorically connecting the earth and stone of the former family farm with the towers and centers of culture that have grown on the land since.

ABOUT THE SCULPTURE
Jim Huntington was commissioned by Henry T. Segerstrom in 1981 to create Night Shift, an irregular-shaped stone and metal sculpture. Huntington began using granite in his sculptures in 1979 when he created a work using Pennsylvania granite. Since that time he has used granite from quarries found around the world.

Night Shift, which weighs approximately 30 tons, is made from granite quarried near Fresno, California. The combination of stone with stainless steel in this sculpture works to intensify the natural, open setting of Town Center Park, as it mimics the hard concrete and stone that surround Town Center Park. Huntington believes that it is important for society to appreciate beauty and be mindful of objects that can transcend their environment. His stone sculpture, sliced and intersected by a plate of stainless steel, has a power and force that address the natural and the man-made world, emphasizing man’s control over his environment.

ABOUT THE ARTIST
Jim Huntington (b. 1941) was born in Eckhart Indiana. He attended the State University in Bloomington, Indiana, and also El Camino College in California.

A recipient of a National Endowment for the Arts Fellowship, he has also received grants from the Pollock-Krasner Foundation and the Adolf and Esther Gottlieb Foundation. His works can be seen in the collections of the Whitney Museum of American Art, and the Power Institute of Contemporary Art in Sydney, Australia, among many other institutions.

Leaving Brooklyn, New York, in 1994, Huntington moved to Coupland, a small town in Texas, where he continues to work and operate a public sculpture park that features more than 50 of his sculptures. 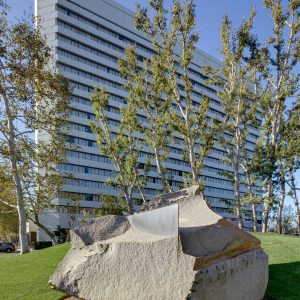 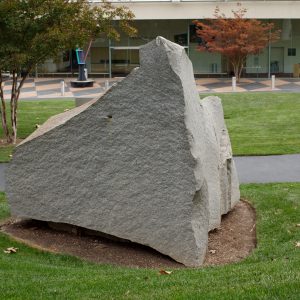 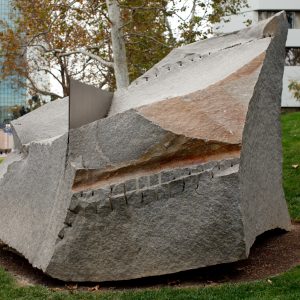 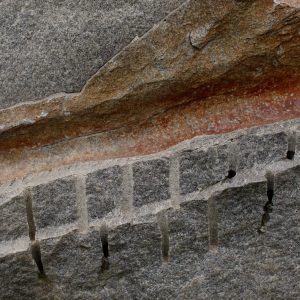 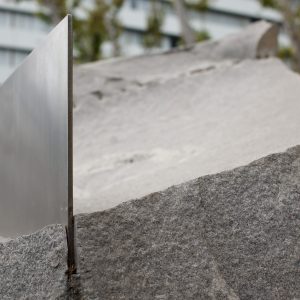