Henry Segerstrom acquired the white marble sculpture Fermi in 1975, and today it’s part of his collection in and around Center Tower. Created by Tony Smith, a pioneer of American Minimalist sculpture, the seemingly straightforward work of simplicity and beauty is actually complex in theory and structure.

Smith created Fermi as an homage to Enrico Fermi, the Nobel Prize-winning Italian physicist who investigated quantum theory and atomic structures. The balls, connecting bonds, and grid of the work are said to resemble the greatly magnified particles of an atom, though the work can also be simply admired for its uncomplicated elegance.

Smith’s work often begins with a modular system or forms based on regular and irregular polyhedrals. In Fermi, acquired by Henry T. Segerstrom in 1975, Smith directs the viewer to consider the complex structure of nature while offering up a form that can also be appreciated for its uncomplicated elegance.

Physical phenomena like momentum, velocity, weight, and counterweight interested Smith, and he was able to bring these principles together and manipulate them. Sculptors have explored how one understands weight and volume since the beginning of the art form. Modernist artists understood these measures by penetrating them but Smith did so by changing them into mass. Ultimately, Smith shied away from referring to his three-dimensional works as sculptures, instead calling them “presences.” Smith is often cited as the leading sculptor of the proto-Minimalist wing of Abstract Expressionism.

Tony Smith was an American sculptor, architectural designer, and noted art theorist. As a child, Smith was stricken by tuberculosis and quarantined in a building behind his home in South Orange, New Jersey. There he spent many hours alone making miniature buildings and cities from small medicine boxes.

After leaving college in 1932, Smith worked for his family waterworks business while attending the Art Students League at night, studying under Georg Grosz and Václav Vytlacil. In 1937, Smith decided to study architecture, moving to Chicago and enrolling in the New Bauhaus; his teachers included László Moholy-Nagy, György Kepes, and Alexander Archipenko. Between 1938 and 1940 Smith worked for Frank Lloyd Wright and shortly thereafter established his own architectural practice. The modular basis for his work became evident during this time in his designs of more than 24 private residences and a number of unrealized monuments.

In 1946, Smith began a long teaching career, including posts at New York University and Hunter College. However, in 1953 he moved to Germany and traveled throughout Europe. While recovering from a serious car accident in 1961, Smith decided to give up architecture for sculpture, making his first metal work, The Black Box, in 1962.

His work can be seen in the collections of The Museum of Modern Art, New York; the Guggenheim Museum in New York; the Philadelphia Museum of Art; and the Los Angeles County Museum of Art, and as well as numerous international museums and sculpture parks. 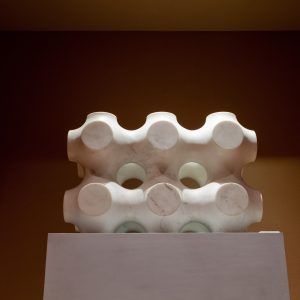 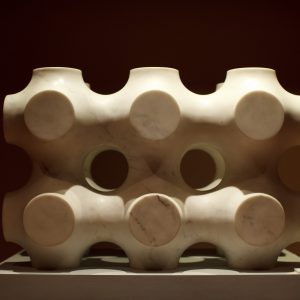 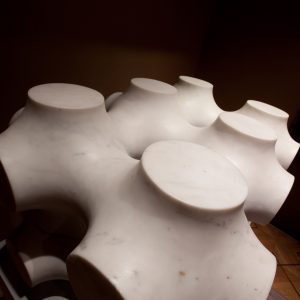 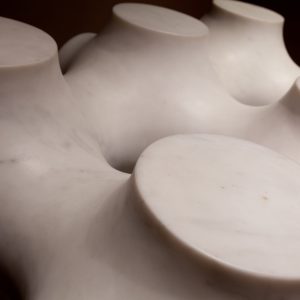