“Perhaps of all arts, music is the one that can sidestep language,” said Ralph Fiennes, before a crowd of 160 dinner guests at the Renée and Henry Segerstrom Concert Hall on Oct. 30. “Music reaches straight to the soul, putting borders and political and national differences out of focus. Music, I believe, is the great healer. It’s the great unifier.”

It’s the sentiment behind “Arts, Excellence + Friendship,” the Concert and Gala presented by the Segerstrom Family and South Coast Plaza with the Philharmonic Society of Orange County to celebrate South Coast Plaza’s 50th anniversary.

The Look
A luxe black, white and gold color scheme accented with all-white cascading Phalaenopsis orchids greeted guests arriving at Segerstrom Center for the Arts and continued indoors at the gala dinner.

performances a standing ovation, which was followed by a heartfelt speech by Valery, who spoke about his years of friendship with Henry and Elizabeth Segerstrom. The concert was part of the Elizabeth & Henry Segerstrom Select Series, a natural fit considering that the maestro conducted the “Ring” cycle in 2006 for the opening of the concert hall.

For the encore, the orchestra played the final movement of Pictures at an Exhibition by Modest Mussorgsky, which accompanied a magnificent montage that paid tribute to Henry Segerstrom’s artistic vision and South Coast Plaza.

The Dinner
Post-performance, Cartier pages ushered guests to the Box Terrace level where flutes of Cartier Cuvee Brut stood at a ready. Six trumpeters heralded the beginning of dinner, the menu of which was inspired by California’s autumnal bounty: beets, sweet potatoes, figs and mushrooms. A Golden Egg, served as part of the dessert trio, paid tribute to South Coast Plaza’s golden anniversary. After Ralph’s moving speech acknowledging esteemed guests and extolling the arts, pianist Denis Matsuev performed an improvisation on Duke Ellington’s Take the A Train, followed by Pacific Chorale’s renditions of Leonard Cohen’s Hallelujah and Let the River Run, composed by Carly Simon. 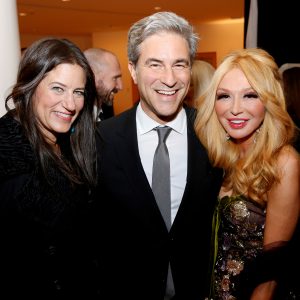 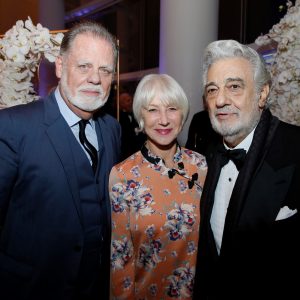 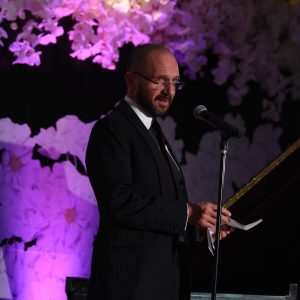 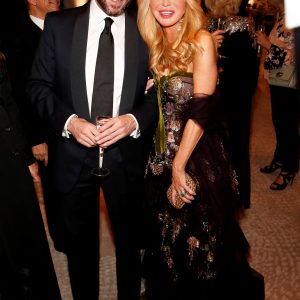 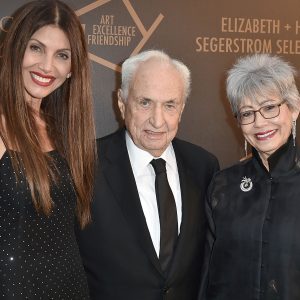 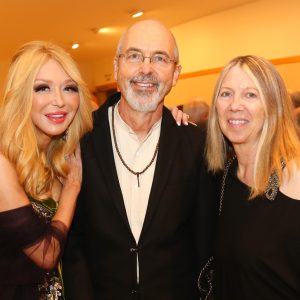 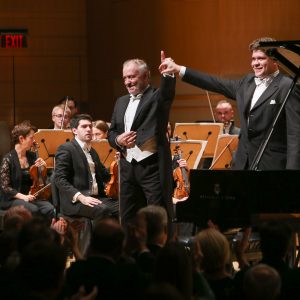 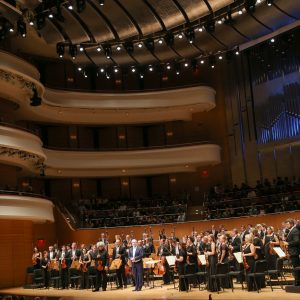 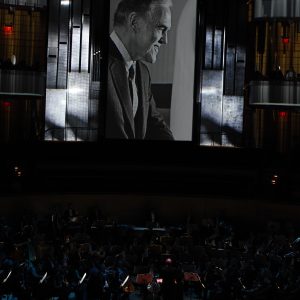