Exhibit tells the story of the family behind South Coast Plaza 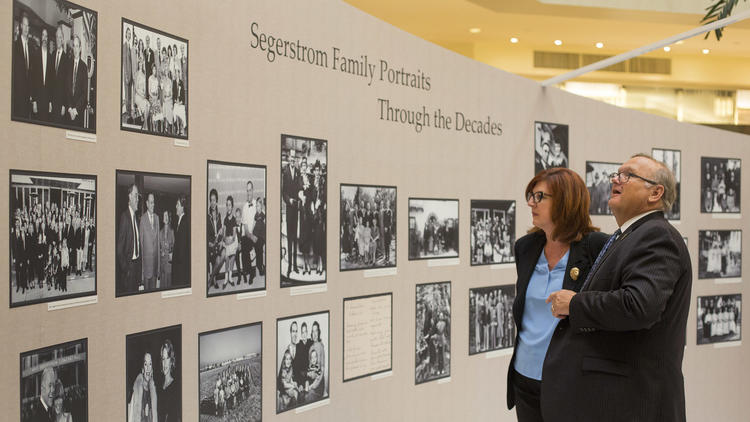 South Coast Plaza debuted an exhibit Tuesday that tells the story of the Segerstrom family’s journey from its farming roots to developers of a luxury retail center.

As part of its 50th anniversary celebration, the exhibit, “Segerstrom Pioneering Spirit: An American Dream,” is on display in the shopping center’s Jewel Court and will run till July 31.

The installation traces the family of C.J. and Bertha Segerstrom who immigrated to the U.S. from Sweden and established C.J. Segerstrom & Sons, an agricultural and commercial real estate enterprise in Southern California. The family then developed South Coast Plaza and ultimately played a significant role in establishing Segerstrom Center for the Arts.

The exhibit features never-before-seen photographs and historical information, curated from the personal archives of Ruth Ann Moriarty, the last living third-generation descendant of C.J. and Bertha Segerstrom. Moriarty is the sister of Henry T. Segerstrom, who co-founded South Coast Plaza in 1967 with their first cousin, Hal Segerstrom.