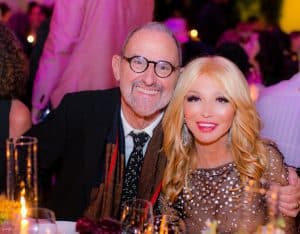 Thom Mayne and Elizabeth Segerstrom at The Hammer Museum Gala 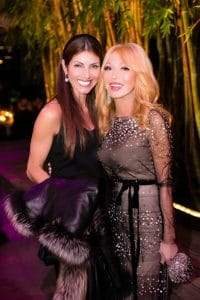 Malissa Shriver and Elizabeth Segerstrom at The Hammer Museum Gala 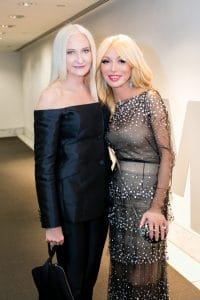 Gloria Brandes and Elizabeth Segerstrom at The Hammer Museum Gala 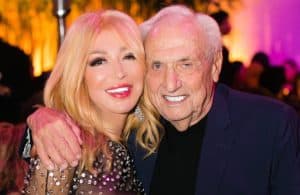 Elizabeth Segerstrom and Frank Gehry at the Hammer Museum Gala 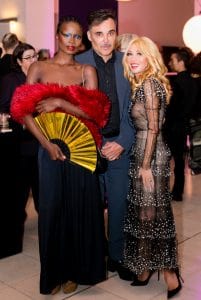 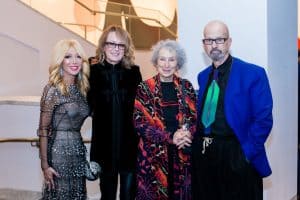 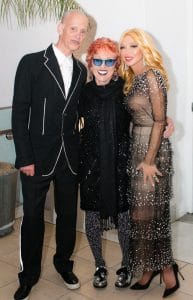 An annual highlight of the Los Angeles cultural calendar, the Hammer Museum’s Gala in the Garden celebrates artists and icons who have made profound contributions to society through their work. Each year, proceeds from the gala provide essential support for all of the programs at the Hammer Museum, including landmark exhibitions, provocative public programs, and deeply rooted projects with young and emerging L.A. artists. The event of over 500 attendees including actors, artists, civic and cultural leaders, art collectors, designers and other high-profile art lovers raised $2.6M. High-profile attendees and supporters, included, Armie Hammer and Elizabeth Chambers, Tom Ford, Zoe Saldana, Joel McHale, David LaChapelle and more. Elizabeth Segestrom’s personal guests included, Thom Mayne, artchitect of the new OCMA; co-founders of Turnaround Arts, friend Malissa Shriver and renowned architect, Frank Gehry; and friend Gloria Brandes,

The Hammer Museum is part of UCLA’s School of the Arts and Architecture. It offers exhibitions and collections that range from classic to contemporary art, as well as programs that bring about meaningful art and ideas. The exhibitions, permanent collections, and nearly 300 public programs annually—including lectures, film screenings, symposia, music performances, readings, and workshops for families—are all free to the public.

As someone who believes wholeheartedly in using the arts as a way to make a positive impact on the world, Elizabeth Segerstrom was honored to co-chair this year’s Hammer Museum Gala. Over a span of nearly two decades, Elizabeth Segerstrom’s philanthropic leadership has made an enormous impact on the cultural climate of Southern California. As an arts philanthropist, Segerstrom has been deeply involved in lending her name and her support to art related institutions such as Carnegie Hall, The Colburn Gala, the American Ballet Theatre and more.