As shopping centers and regional shopping malls have evolved over the past 50 years, an industry truism has emerged: centers near freeways survive and thrive, those farther away do not.

The success of South Coast Plaza is due to a myriad of factors and influences, most involving the vision of Henry Segerstrom. But to an outsider, the fact that the 405 Freeway opened in 1968 adjacent to the Segerstrom family farm acreage where South Coast Plaza was under construction was simple good fortune.

South Coast Plaza rose from the lima bean fields to officially open in 1967, before the 405 Freeway’s debut next door, but it was the freeway that formed the fulcrum for the center’s birth.

Henry Segerstrom’s influence was born out of his civic involvement since his return from World War II. He was a transit organizer as early as 1949, promoting road construction and improved traffic flow. He was influential in the founding of Orange County bus lines, such as Santa Ana Transit, a small transit agency with five bus routes.

In the 1990s, Henry participated with other business leaders in leading efforts to pass Measure M, which would add a half-cent sales tax in Orange County to build roads, improve freeways and support rail and bus transit. County voters had twice rejected transportation sales levies, and as a reporter at the time put it, “are famous for pulling the plug on anything that hints at higher taxes.”

“We were the first metropolitan area in the state to tax ourselves to build freeways Henry said about Measure M’s approval by county voters known to be tax averse. “We have been a community that has a reputation as being ultraconservative. But my interpretation of conservative is that Orange County believes in doing good things politically for the benefit of your community and its citizens. It wasn’t blocking passage of progressive actions by government. It was instead encouraging private enterprise to work with the public agencies to get things done—and we did.” 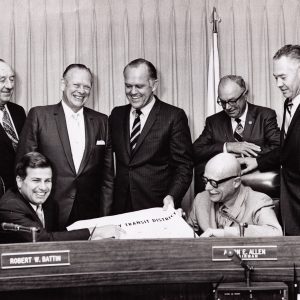 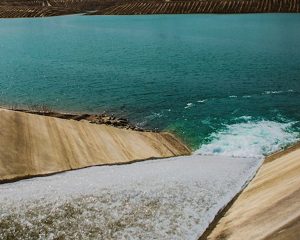