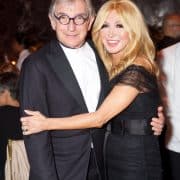 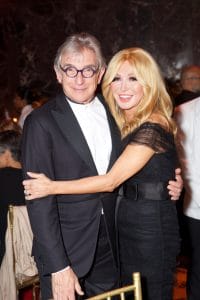 Segerstrom’s late husband, Henry Segerstrom was a significant financial benefactor to the Carnegie Hall Foundation. His interest in the arts inspired him to invest in elevating Orange County into a community recognized for their support of the arts. This translated into his development of the Segerstrom Center for the Arts, which has grown to include Segerstrom Hall, the Renee and Henry Segerstrom Concert Hall, the Samueli Theater, South Coast Repertory, and the Orange County Museum of Art.

In addition to continuing her late husband’s pursuit of the arts, Elizabeth Segerstrom has been a long-time advocate of the arts and has made an enormous impact on the community within Orange County. She has been honored countless times for her personal dedication to supporting the arts in Orange County and beyond. She has received honors from highly respected organizations including, The Guilds of the Center, a support group for the Orange County Performing Arts Center; The Golden Baton Award from the Philharmonic Society of Orange County, and more.

In her continued dedication to the arts, Elizabeth Segerstrom will also be co-chairing the Hammer Museum Gala on October 14th, and will be honored by the  Colburn School at the Colburn Gala, on October 23rd.