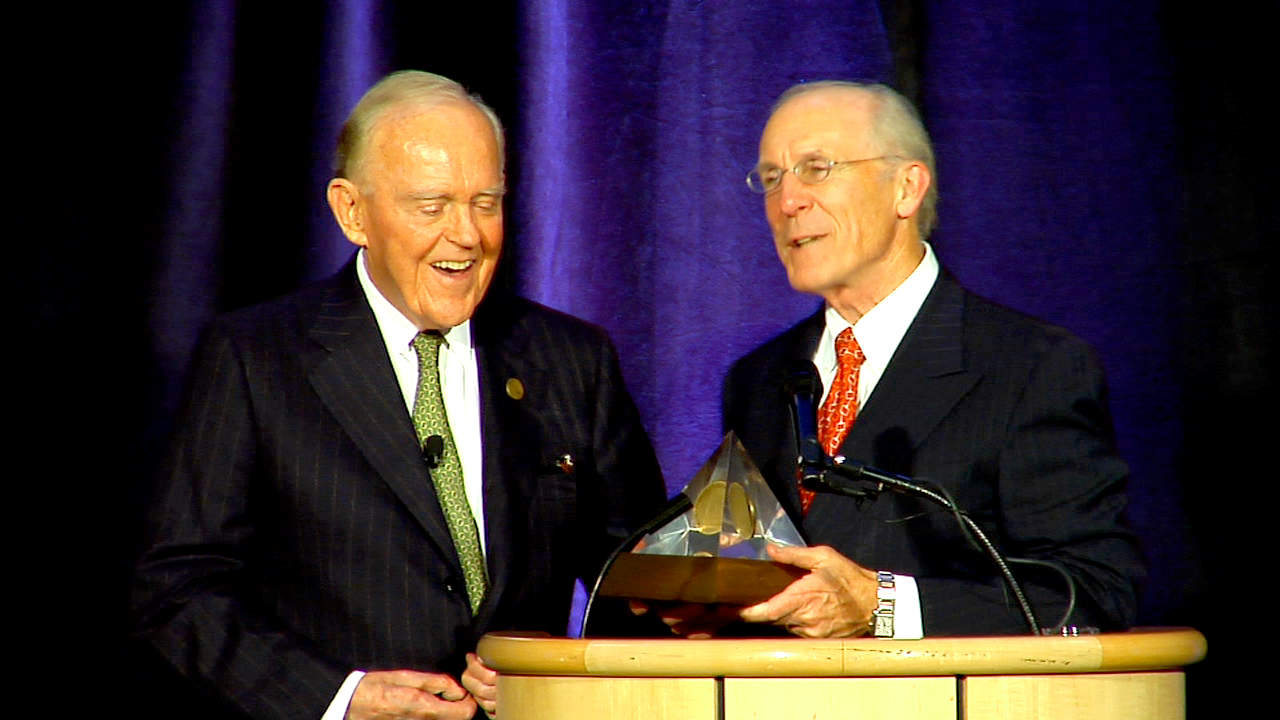 After WWII, Henry would return home from the war overseas to complete both his undergraduate and graduate studies at Stanford University where his enduring mark would be left as an alumnus. Stanford Associates recognized Henry in 2007, inducting him into the Sigma Chi Hall of Fame; and soon after, Stanford University presented Henry T. Segerstrom with the prestigious Ernest C. Arbuckle Award in 2008 for his lifetime of outstanding accomplishments in business management. Sponsored annually by the Stanford Business School Alumni Association, the Ernest C. Arbuckle Award recognizes excellence in the field of management leadership. The award was created in 1968 in honor of the late Business School dean whose name it bears; recipients must demonstrate a commitment to both managerial excellence and to addressing the changing needs of society. As managing partner of C. J. Segerstrom & Sons, a diversified real estate development and management firm, Henry built one of the nation’s few prestigious regional retail centers that remain family-owned. South Coast Plaza, a 2.8 million-square-foot mall, opened in Costa Mesa in 1967 on what had formerly been the family’s lima bean farm. Among the recipiants of the Arbuckle Award are Charles Schwab, Jeffrey Skoll, Robert Joss and Laura Esserman.